June 22, 2022/By: Bluewater Association for Safety, Environment, and Sustainability 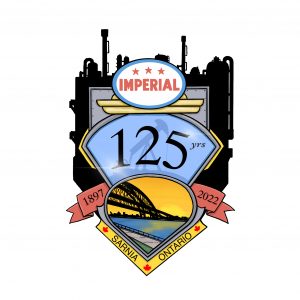 If you’re a Sarnia-Lambton resident, chances are you know someone who has worked at Imperial. This year, the company is celebrating 125 years of operations in Sarnia.  A lot of history has been made since then. For example, in the 1930’s Imperial Oil promoted its Three Star brand of gasoline on Hockey Night in Canada which led to the popular three stars post game player selection.

As part of the 125th anniversary, Imperial recently partnered with Forests Ontario, the St. Clair Region Conservation Authority, and the City of Sarnia to plant 125 trees locally. Imperial has also collaborated with Blackwater Coffee Company to create a commemorative brew called Imperial Octane. For each bag sold, $5 will go to Bluewater Heath Foundation in support of Ryan’s House.

Imperial has approximately 800 employees at its Sarnia site. The facility produces 120,000 barrels of crude oil daily and also includes a Chemical Plant and Research Centre. BASES congratulates Imperial on this momentous milestone.

News and project updates delivered weekly to your inbox.